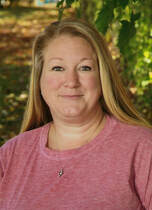 Christine McLaughlin has been working in the childcare field since June of 2005, although she babysat long before that. She started off as a floater at Bright Horizons in Hopkinton, helping out in every program and finding that the infant program really sparked her interest. About a year into her childcare career, she became a full time Infant Teacher while at the same time attending Worcester State University as a full time student. In 2008, Christine graduated with her Bachelors degree in both Early Childhood Education and Psychology. Christine remained an Infant Teacher for about four years, then started her journey as the Infant Program Coordinator. She remained in this position for a year before becoming both the Infant and Preschool Program Coordinator. After a total of seven years with Bright Horizons, Christine felt that it was time to follow her dream and open up her own childcare center - Growing Footprints!

In her spare time, Christine enjoys reading, traveling, and spending time with her family - her husband, Jay, and her two sons Carter and Brady!